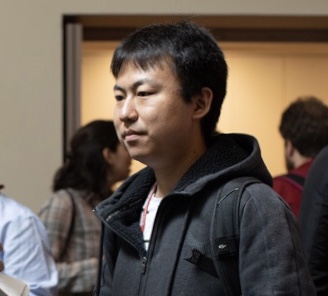 
Octopuses face the challenge of controlling a soft body that has a virtually infinite number of degrees of freedom of shape and movement. An important behavior of the octopus is to escape from approaching predators. However, the kinematics of fast escape movements, their control policy, and the corresponding neural mechanisms are not well understood. In particular, the degree of coordination between the eight arms during water-jet propulsion, swimming, and walking away from the predator has not been well characterized and quantified. I will quantitatively characterize the fast escape behavior of the California two-spot octopus (Octopus bimaculoides) using artificial predator presentation, high speed videography, and custom pose tracking based on existing deep learning methods. I will also identify the neural circuit controlling fast escapes by extracellular recording of identified descending motor control neurons. This work will elucidate the strategy of neural control for escape behavior in the octopus. Ultimately this animal-based groundwork could provide inspiration for the design of soft robots with multiple appendages, as well as lay the foundation for future research into the neural basis of octopus behavior.