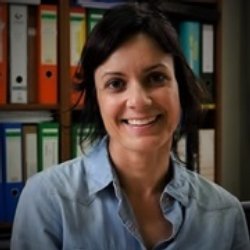 
Autism Spectrum Disorder (ASD) comprise a group of neurodevelopmental disorders characterized by deficits in social and communication skills. Dysfunction in the oxytocin system has been associated with social deficits in autism and other neuropsychiatric disorders. The proposed project is based on past findings revealing oxytocin deficits in a well validated mouse model of ASD and improved social behavior after oxytocin administration in this model. I want to study how a deficit in the oxytocin system affects the release of two interacting neurotransmitters extensively linked to social behavior -dopamine and serotonin- in the nucleus accumbens, a structure associated to processing rewarding cues, including social reward. In addition, I want to probe the effect of oxytocin administration on these interacting neurotransmitter systems. This could help identify candidate targets for therapeutic intervention that may improve social deficits.