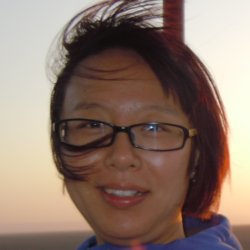 
In the brain, astrocytes decode neighboring synaptic activities through neurotransmitter-mediated activation of glutamatergic receptors followed by a dynamic change in intracellular Ca2+ level (Ca2+ oscillations and/or intercellular Ca2+ waves) that leads to release of various gliotransmitters such as glutamate, ATP or D-serine. The overall goal of the present work is to investigate the role of astroglial Connexin-43 (Cx43) hemichannels in gliotransmitter release. Astroglial Cx43 is engaged in forming intercellular gap junctions for cell-cell communication and unapposed hemichannels for a direct transmembrane exchange of molecules. Mounting evidence suggests that unapposed Cx43 hemichannels in the non-junctional plasma membrane of astrocytes can provide a large conductance and non-selective conduit between the cytoplasm and extracellular matrix, allowing the passage of ions and small signaling molecules of < 1.5 KDa. My working hypothesis is that astroglial Cx43 hemichannels modulate neuronal activities: i) directly by releasing gliotransmitters upon neurotramitter activation and ii) indirectly by tuning astrocytic [Ca2+]i signaling which results in activation of other release machinery such as vesicular exocytosis. The study is based on biophysical approaches including simultaneous recordings of unitary hemichannel currents and fluorescent Ca2+ imaging. Conclusions on the role of astroglial hemichannels will be supported by work with synthetic peptides selectively targeting Cx43 hemichannels and a transgenic mouse model bearing dysfunctional hemichannels but normal gap junction coupling. Collectively, the proposed project will provide a mechanistic insight into the role of astroglial hemichannels as a potential integral part of ‘tripartite synapses’.