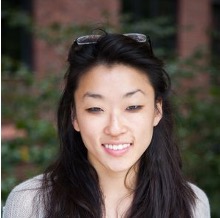 
All animals express an innate, species-specific repertoire of goal-oriented social behaviors, such as courtship ritualsand mating. These behaviors unfold through a dynamic progression of particular motor elements under the influence of internal states of motivation or drive, and often occur alongside threats of predation or competing individuals. Howinternal states associated with social behaviors are instantiated in the brain, and how their dynamics influencecompeting actions at the level of neural circuit mechanisms remain challenging questions that are still largely unexplored. Coleoid cephalopods (octopuses, cuttlefish, and squid) possess the remarkable ability to use bodypatterning to conceal themselves from predators or prey, or to present dramatic visual signals that attract or threaten conspecifics. Thus, internal states, such as those associated with sexual arousal, aggression, or fear, are directly observable as distinct patterns on the surface on the animal’s body. Moreover, unlike other camouflaging animals, body patterning in cephalopods is under direct neural control, a unique feature of their biology that helps constrain the gap between internal states and underlying neural circuitry. Here, I propose to characterize the dynamics of courtship and aggression in a candidate subset of genetically tractable cephalopod species and establish methods for automatedquantification of body patterning during social encounters. These experiments advance the study of social behaviors and establish a unique animal model for the study of internal state dynamics.