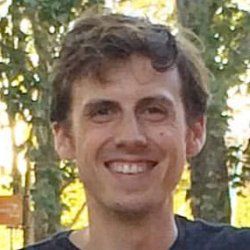 
Within the auditory, vestibular, and lateral-line systems of vertebrates, hair cells actively detect mechanical signals and convert these into electrical signals that are transmitted to the brain. Each hair cell includes a cluster of microvilli called stereocilia and often contains a true cilium, the kinocilium. Although the role of stereocilia in mechanotransduction has been thoroughly investigated, the function of the kinocilium remains unknown. The kinocilium has typically been thought to be nothing more than a passive, immotile anchor coupling a bundle to a membrane or a cupula. However, we recently discovered active motion of kinocilia in the zebrafish’s lateral- line system. The kinocilium might therefore play an active role in mechanosensory perception. To address this question, I will study the responsiveness of afferent neurons in the zebrafish lateral line to mechanical stimulation of their associated hair bundles. Using a combination of genetic and pharmacological tools, I can inhibit the axonemal dynein of kinocilia and determine what role a kinocilium plays in mechanotransduction. By delivering periodic and pulsatile waveforms to groups of hair bundles, I hope to determine how a kinocilium’s activity controls the lateral-line system’s ability to filter a signal and to respond to abrupt changes in hydrodynamic forces. I shall then extend this work by delivering more complex, naturalistic stimuli to study information flow in the zebrafish’s lateral-line system. Not only will this project reveal the kinocilium’s role in mechanosensation, but it will directly address the question of how a mechanosensory system conveys information from the outside world to the brain.