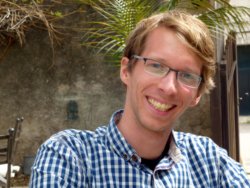 
In hippocampal neurons, long-term depression (LTD) can be induced by prolonged low-frequency stimulation and activation of NMDARs, or activation of metabotropic glutamate receptors. LTD may also be caused by presynaptic transmitter release shortly after a postsynaptic back-propagating action potential that has unblocked synaptic NMDARs (pairing LTD). In consequence, clathrin mediates endocytosis of AMPARs residing outside of the postsynaptic density, on a time-scale of 20 s and longer. Recent experiments using precisely timed optogenetic stimulation and high-pressure freezing followed by electron-microscopy provided evidence for much faster postsynaptic endocytic events. If rapid postsynaptic endocytosis removes AMPARs from the surface it should cause synaptic depression. To test this hypothesis, I will determine the kinetics and the extent of fast AMPAR endocytosis in living neurons. In combination with genetic or pharmacological m