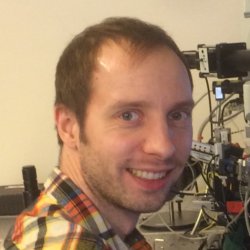 
In the vertebrate central nervous system axons are wrapped by myelin to ensure conduction of action potentials at high speed. Recent evidence suggests that axons of neurons located in layer 2/3 of the visual neocortex exhibit stretches of myelin that alternate with non-myelinated axon segments on which synaptic contacts are found. The function of these axo-axonic synapses are unknown, however, their presence suggests that action potentials can be potentially modulated after initiation. As a grass fellow at the MBL I will investigate if activation of these axo-axonic synapses modulates the output of neocortical neurons by changing axonal properties and thereby action potential conduction.